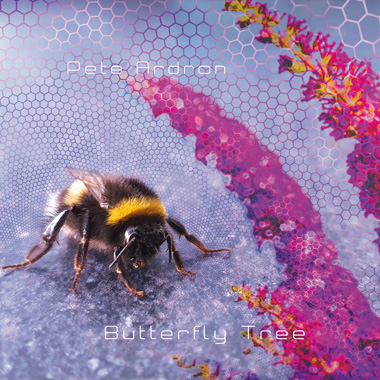 Pete's first solo album since Unexpected Pleasures is another collection of mostly chilled, sometimes dancy tunes with his usual blend of world, (Indian, African, celtic and more), psychedelic and classical threads.
The kernel around which this album formed is the three-part Requiem for a Buddleia written for the Parachute set at Whirl-Y-Fayre 2022, his first solo gig in 26 years, and in memory of his mum, Jill, one of his dearest friends, Linda Ireneschild and his beloved buddleia tree, uprooted by Storm Ciara.
All three parts feature Orchid-Star's Samanta Ray on vocals (solo and choral)