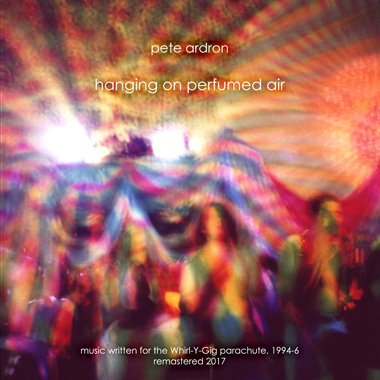 "These tracks were written as entire sets for the parachute at Whirl-Y-Gig, except Shrumah where I wrote parts 1 & 2 and linked them into a new version of the Coda from Parachuting and then added part 3 and gave it its first full performance at Megatripolis later that year (95)

I've played 2 other W-Y-G parachutes apart from these 3 - one was Whirly's first ever festival parachute at the Phoenix Festival in 93 where I played Tara from Goddess. This was also my first solo gig. The last time I did a parachute was with Glow in 97. The entire set was written for the parachute as we not usually so ambient. Only one track from that set got incorporated into our usual set and went on to be released - O Teu Passado from Almost Forgetting To Breathe..."