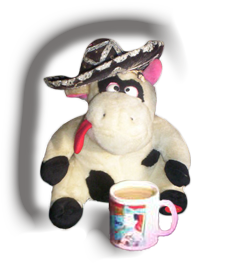 Label
As a nominal 'label' Pink Hampster sprang into existence when I decided at 3 days notice to release the 'crystal meditation' music I had been asked to write to be used at the Alternative Medicine Exhibition in 1987 as my first album, 'Crystal Matrices'.
Over the next few years I released 3 more albums on cassette marketed mainly through New Age outlets. As a label it remained dormant until 2002 when along with a new album 'Inside The Voice Inside' I decided to also put out several previously unreleased albums.
Having never been a big enthusiast for the business/promotion side of things this remained a very low-key cottage industry operation doing only small runs on CDR

2011 saw a change of pace for Pink Hampster. Following the 2008 release of Orchid-Star's 'Birth' on Liquid Sound we were offered the worldwide distribution by Arabesque for 'Faster' if we released it ourselves so it meant having to start taking the label side seriously, including for that album working with promotion companies, Vision, Triskele and Deuce.
Pete

Shop
The Pink Hampster Shop came online in 2002 after the release that year of one new album and 6 back catalogue items from myself and Glow
I soon realized that I knew quite a few artists, working on small scenes who had no way to sell their stuff online and offered the Pink Hampster Shop as an outlet. These titles were soon joined by more from labels I had connections/friendships including Interchill and Nation Records. However I have always stuck to the policy that I would only sell things I can wholeheartedly personally recommend.

In 2011 I completely rebuilt the shop, spruced it up a bit and, for the timebeing at least, have removed the majority of what we were selling. As the purpose of the shop has never really been a vigourously commercial enterprise, I decided to stick largely to projects I have close connections with though will also include some other items which I feel I have to do my bit to bring to as many people as possible.

The next plan, hopefully to be introduced soon, will be a download area.
Pete
Studio
You may well see the words recorded at or mastered at Pink Hampster (Studio) in a few places. The Studio is not an advertised facility. Essentially it is, and always has been my living room - albeit a fairly well-equipped living-room - and me. It's extremely informal relaxed appearance is not, however, reflected in it's functionality. I remember one mastering client telling me how had strongly tried to dissuade a colleague from using my services when they both came to check it out - until he heard the results. His friend was less interested in what the studio looked like and more in the fact that my last client had been Jazzie B of Soul II Soul.
High quality mastering is offered at £25 per hour.
All jobs are negotiable, however, the time (my time) available for other projects is limited so priority is given to projects of particular interest or a good budget!
Pete

the Name - a (true, but not particularly serious) history
The first recorded use of the name was in '81 at Surrey University with the formation of The Pink Hampster Club, the world's first Psychosematic band. Music and performances took place only in the heads of band members Pete, Mike and Martin or anybody who decided they were in the audience, allowing for an almost infinite range of styles.

The Pink Hampster Club fielded candidates twice for student president, for entertainment purposes only but the brilliant campaign run for Pete when he stood and a leak of the early voting figures resulted in many people apologizing to him and the Club that they had decided not to vote for him because they were worried he might actually win.

In '86, having sensibled up a bit by then, Pete started using Pink Hampster as a trading name for much of his work, including the label from '87 and the shop from '02.

The name Pink Hampster Club had it's last hurrah in '89 as a weekly Wednedsay night live music event in Brixton, surprisingly well attended for a midweek thing. These nights included the first 3 gigs for Pete's band Vers La Flamme.
The Club finished on a high with a massive Christmas party. It had only run for a few months but Pete was reluctant to continue as he had been tricked into running it by an ex-girlfirend anyway and it clashed with the new series of Star Trek, Next Generation.

The rumour circulating for a while that a Hampster was someone who was born in Hampshire before the borders changed and bits, like Bournemouth, where Pete was born, became Dorset, is untrue - Hampster was the result of a spelling mistake which stuck long before the advent of the internet made wrong spellings a bad thing.

Sorry, I went all 3rd-person that time didn't I.

Pete
the Logo
It's a battery-operated mad cow in a sombrero and a cup of tea in a Thunderbirds mug. What's to explain?!