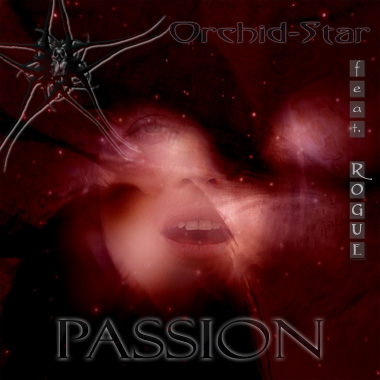 Orchid-Star took the track Passion, from their first album Birth, and produced a very different version for their only single, featuring rapper Rogue, daughter of the band's guitarist and bassist Pierre Luigi.

The single was originally released in 2008 by Archangel^ Recordings but it disappeared from stores after a few months when distributor Pinnacle went bust.

In time for a long overdue re-release they've given the main (Mirror) mix, and it's extended version, a bit of a touch-up.

The single also includes a radio edit of the original version and additional mixes from Sarah E, Blackmarc and SlyOne vs Jurrane with Orchid-star's Becky Dell

"Although the over-used term 'dance' has tended to become a very far reaching and all-encompassing descriptive, Orchid Star have brought a glorious and majestic sense of 'oneworldness' to the genre through the introduction of such an array of stunning ethnic, tribal and generally eclectic influences. And, the proud and often guarded 'keepers' of those influences would surely be equally impressed and suitably entertained by what Orchid Star have done here.
'Passion' by Orchid Star is seriously good - probably one of the most unusual and classy sorties into the deepest realms and darkest corners of the modern electronically biased dance idiom that I've ever heard."
Toxic Pete 2008