Glow & the Dept. of Luminosity
Enfeitiçada 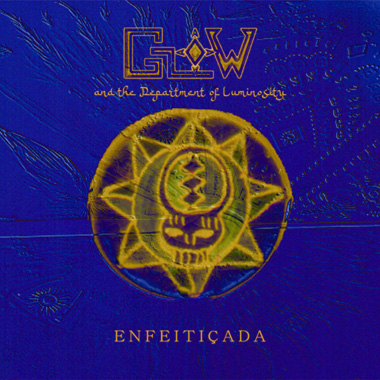 Enfeitiçada was written and recorded between 1998 and 2001 and first released in 2001 after the band's last live performances.

(Some of the tracks were remastered for its first digital release in 2022 but there is not enough change to regard this as a new version).

I have always regarded this album as one of the highpoints of my creative life, it was the culmination of 8 years of growing together as writing partners and the first time I really started to feel like a producer. It was also the first time I had recorded and mixed everything on a computer which opened up so many possibilities compared to my very ill-equipped studio - both on quality and quantity! With essentially unlimited tracks we could turn it into a big production. On top of the regulars - myself, Maria João, Karl and Bagz -Â we had the following people who had regularly or at some point gigged with us - Myo, Sandra Phenis (Amazirée), Bianca Janossy, Sean Quinn, Nigel Hopkins, Margie Newens and Sam Rayner and we further expanded the Dept. of Luminosity with some exceptional guests - Omar Puente, Steve Lambert, Samy Bishai and Bouzid Adda.
We were able to have big multi-vocal arrangements, full brass sections, loads of percussion and awesome solos. Things I've grown to take for granted since, but which at the time were like being set free and sent off on some wild adventure!
Pete Ardron

(most links will not work till Jan 7th)

There's a 10-page pdf booklet that will come with the album from some stores but not all.
If you don't get it you're very welcome to download it free here. 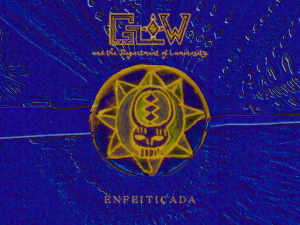